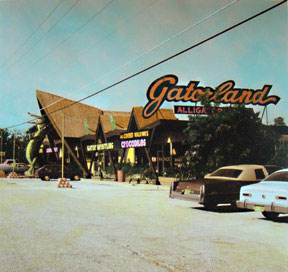 Gatorland, founded by the late Owen Godwin in 1949, began as a roadside attraction. Located in Orlando, Gatorland is now a 110-acre theme park and nature conservatory. 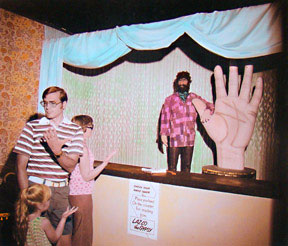 Mystery Fun House, shown here the year it opened (1976), was one of many Orlando attractions until closing in 2001. 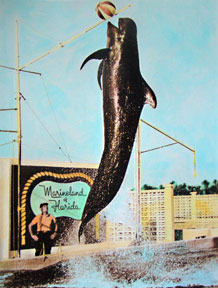 Moby the pilot whale performing a trick at Marineland in 1952. Trained dolphins became an additional attraction by the 1960s as Marineland became Floridaגs top theme park, attracting over 300,000 visitors per year. 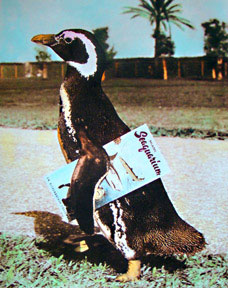 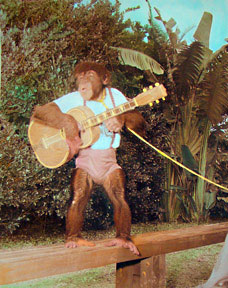 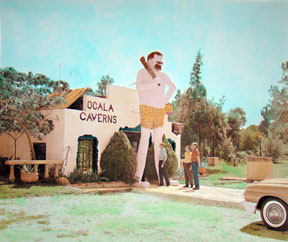 Tourists at the entrance to Ocala Caverns, 1961. 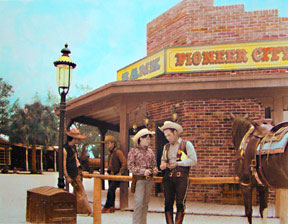 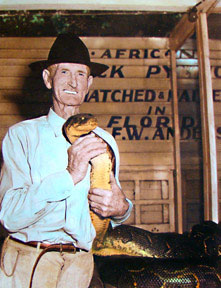 F.W. Anderson holds גbig Bessieג, a 15-foot python at Casperגs Ostrich & Alligator Farm in St. Augustine. Bessie is one of the first two pythons to be hatched and to live in captivity. Big Bessie produced 18 offspring, all under Andersonגs care, 1948. 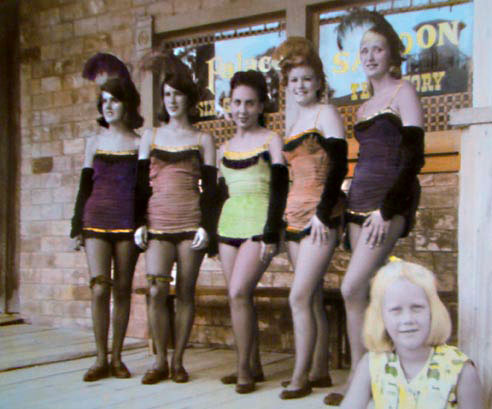 Saloon dancers at Six Gun Territory, a 200-acre western-themed tourist attraction located in Ocala from 1963 to 1984. 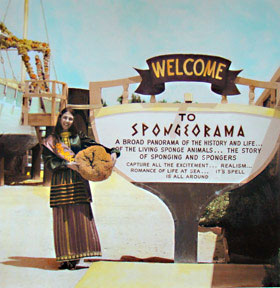 A woman in costume at Spongeorama, a tourist attraction on the Sponge docks in Tarpon Springs, 1972. 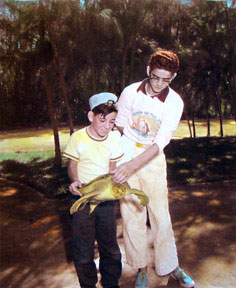 Two boys holding a turtle at the Theater of the Sea, Islamorada. The parkגs lagoon was originally a quarry that supplied rock for Henry Flaglerגs railroad in the early 1900גs. The park was established in 1946 and remains a popular destination today. 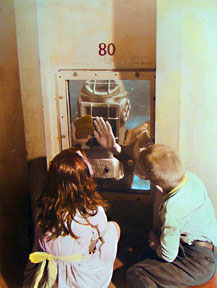 Children view a diver washing windows in Marineland in 1948. The theme park was built in 1937 on the Atlantic Ocean south of St. Augustine, with the town eventually becoming known as Marineland. 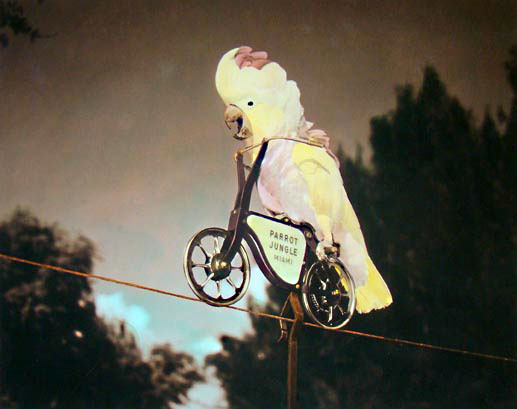 Cockatoo on a bicycle at Parrot Jungle in Miami, 1965. 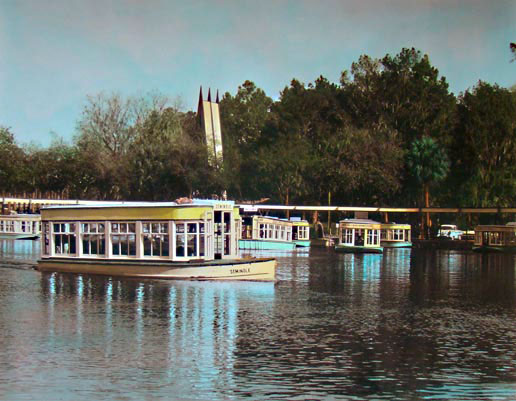 Silver Springs, one of the largest artesian spring formations in the world, has attracted visitors since the mid 19th century. The glass bottom boat tours of the springs began in the late 1870s and continue today. Silver Springs is a 350 acre nature theme park located just east of Ocala, shown here in 1960. 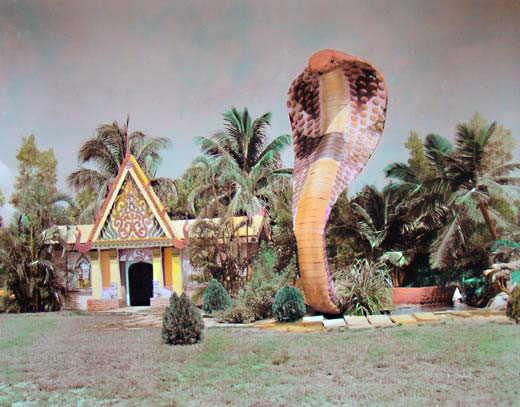 Cobra sculpture at the Miami Serpentarium entrance. Shown here in 1954, the Serpentarium operated from 1947 ג 1985. 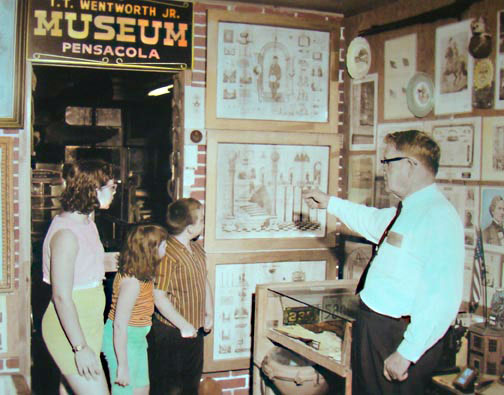 T.T. Wentworth, Jr. introducing museum exhibits to visitors at his roadside stand in 1958. The T.T. Wentworth, Jr. Florida State Museum, now located in the Historic Pensacola Village museum complex, is the museum of history in Pensacola with one floor primarily dedicated to Wentworthגs eccentric collections. 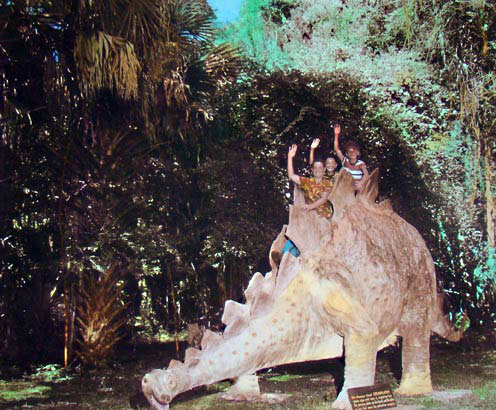 Children sitting on top of a concrete dinosaur in Bongoland at the Dunlawton Plantation Sugar Mill Ruins, Port Orange, 1959.