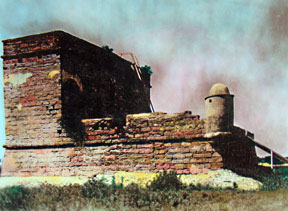 Fort Matanzas was built in 1740 on the Matanzas River south of St. Augustine. Its primary function was to guard Castillo de San Marcosגs southern river access from the British. 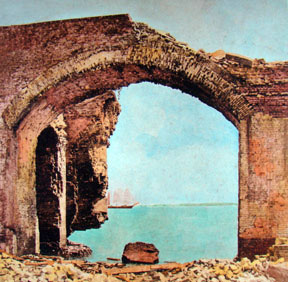 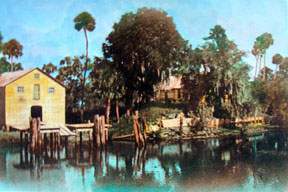 Fort Florida was built on the St. Johns River at the mouth of the Wekiva River. This site was selected by General Winfield Scott in 1836 for use in the Second Seminole War. Sanford, circa 1910. 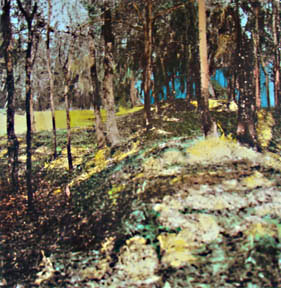 Fort Gadsden State Historic Site in Sumatra was the site of two forts. The first fort was built on Prospect Bluff (15 miles above the Apalachicola River) by the British during the War of 1812 to train runaway slaves and Seminole Indians. When the British evacuated in 1815, the fort and its inhabitants remained. Then known as Negro Fort and under the control of over 300 free African Americans, it was viewed as a threat by American slave owners. Under orders from General Andrew Jackson, Lt. Colonel Duncan Clinch destroyed the fort and killed all but 30 of its occupants on July 27, 1816. Lt. James Gadsden rebuilt the fort soon afterwards. 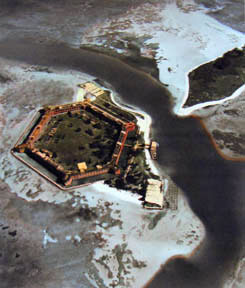 Fort Jefferson on Garden Key is located 70 miles west of Key West in the Dry Tortugas. Construction of the fort began in 1846 and was planned on a grand scheme. However, the invention of the rifled cannon made the fortגs construction obsolete and it was never completed.

Dr. Samuel Mudd, the doctor who treated John Wilkes Boothגs broken leg the morning after the assassination of Abraham Lincoln, was found guilty of aiding and abetting Boothגs escape and sentenced to life at Fort Jefferson. Four years later, he was pardoned and released. 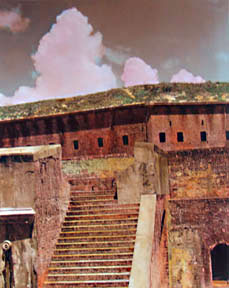 Fort Barrancas was the last incarnation of a series of forts built on the same site in the Wilmington-area of Pensacola. The English built the first fort in 1763 which was captured by the Spanish during the American Revolution and renamed San Carlos de Barrancas (Spanish for גbluffג). This fort was rebuilt in 1797 and again in 1817.

From 1839-1844, the United States built the current Fort Barrancas on the same site. The fort was utilized during the Civil War, the Spanish-American War and the Second World War. 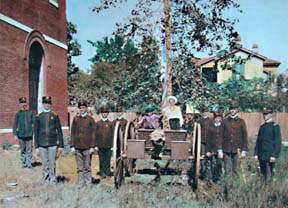 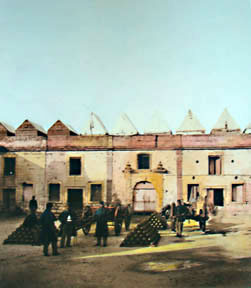 Soldiers and cannons in the courtyard of Castillo de San Marcos. 1865 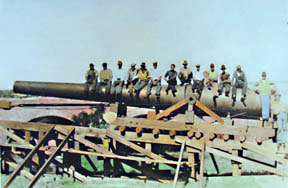 Workmen pause for a group portrait atop a 12ג cannon being moved up a ramp at Fort Pickens. 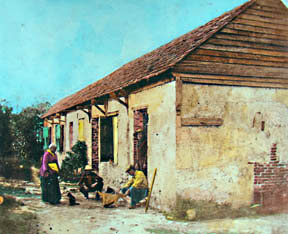 Fort Dallas, designed as a cantonment (temporary camp) and military post - not a fortification, and was constructed for use during the Seminole Wars. During the Civil War, the fort remained in Union hands and provided solace for refugees. The fort later served as Dade Countyגs Courthouse. Miami 1880s 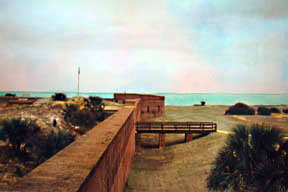 Fort Clinch is located in Fernandian Beach on Amelia Island at the entrance to the St. Marys River. Fort Clinch served as the base of Union operations in the area throughout the Civil War, giving the Union control of the adjacent Florida and Georgia coasts. 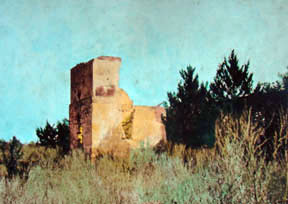 Ruins of the Marine Hospital at Fort San Marcos de Apalache. Constructed with materials from the original Spanish fort, the hospital was built to treat merchant marines suffering from yellow fever. 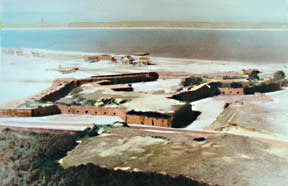 Fort Pickens was the largest of a group of forts designed to guard Pensacola Harbor, using 21.5 million bricks in its construction. Despite repeated Confederate attacks, Fort Pickens remained a Union stronghold throughout the War. In 1886-1887, the famous Apache Indian Chief, Geronimo was imprisoned at Fort Pickens. Santa Rosa Island 1837. 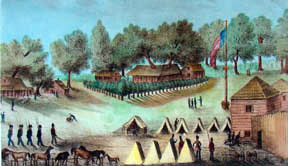 Soldiers at Fort Brooke in Tampa Bay are shown here in the 1870s. The lithograph depicts Fort Brooke during the Seminole War in Florida in 1835. Fort Brooke served as a major outpost during all three Seminole Wars and the Civil War. Although decommissioned in 1883, Fort Brooke played a significant role in the development of the village of Tampa. 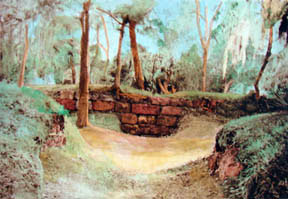 Fort San Marcos de Apalache is the second oldest Spanish fortification in Florida. Built in 1680, it was located at the confluence of the Wakulla and St. Marks Rivers. Also known as Fort St. Marks and Fort Ward , it was utilized during the U.S. Civil War. 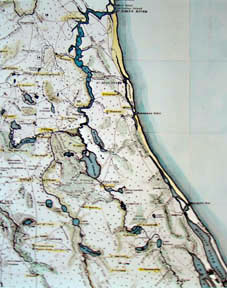 A section of an 1839 map of Florida showing the east coast from the St. Johnגs River to Mosquito Lagoon. Note the numerous inland forts 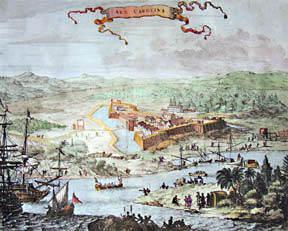 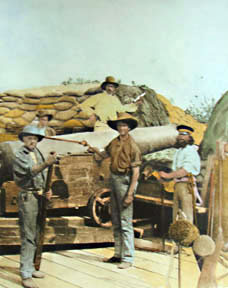 This Battery at Fort McRee later bombarded Fort Pickens which was still held by union forces and also attacked the Union Fleet. The Battery remained in confederate hands until May 2, 1862. 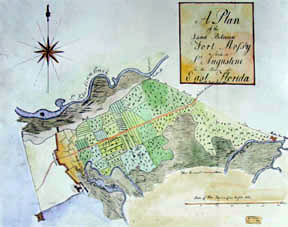 Constructed to the north of St. Augustine, Fort [Mossy] Mose was the first free black community in North America. This plan of the land shows the land between Fort Mose and St. Augustine, Circa 1770. 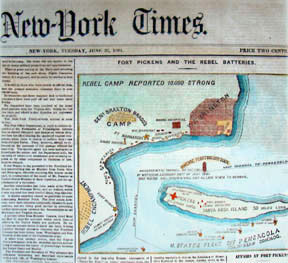 This July 25th, 1861 cover of The New York Times shows a map of Fort Pickens and the Rebel Batteries. 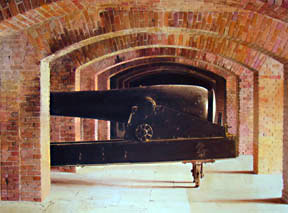 A cannon in its casemate, a fortified gun emplacement, at Fort Zachary Taylor, Key West