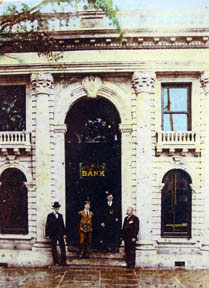 George W. Saxon (far left) switched from dry goods to banking when he received a charter for Capital City Bank in 1895. By the end of that year, the Bank reported total deposits of $41,000 and total resources of $84,000. Reported in 2007, more than 110 years since its charter, Capital City Bank Group is a publicly traded, $2.4 billion financial institution headquartered in Tallahassee with 70 offices in Florida, Georgia and Alabama. 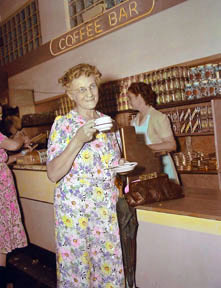 Woman enjoying a cup of coffee at a Lovettגs Food Store in Jacksonville in 1946. The Lovett Food stores, owned and operated by the Winn & Lovett Grocery Company, were purchased in 1925 by William Davis. Through the acquisition of Dixie Home Stores in 1955, the Winn & Lovett name changed to Winn-Dixie Stores, Inc. 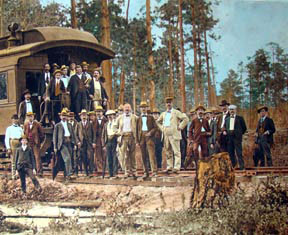 Known locally as גGophers, Frogs and Alligators,ג the Georgia, Florida & Alabama Railway ran 180 miles from Richland, Georgia, through Tallahassee to the Gulf Coast. During World War II it transported thousands of soldiers to Camp Gordon Johnston at Carrabelle. The Seaboard Air Line Railway took control of the line in 1928. 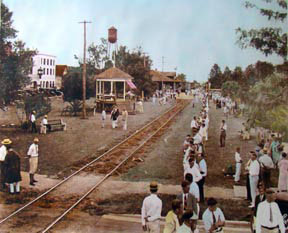 Salesmen with the Haven Villa Corporation line up to greet prospective customers coming to Florida by train from the North, Winter Haven 1924. 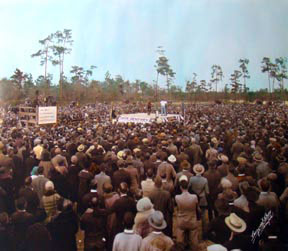 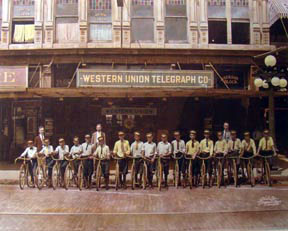 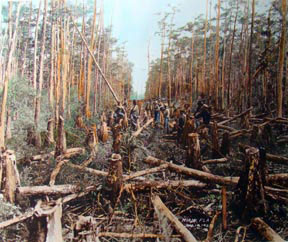 Land being cleared for electric power lines by Florida Power and Light Company, 1925. 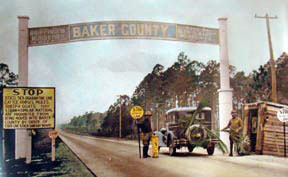 Tick Inspection Station at Baker County line was in place to deal with the problem of ticks spreading disease in cattle, early 1900s. 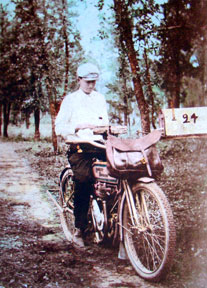 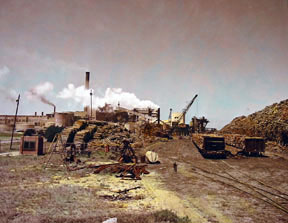 The St. Joe Paper Company was founded by Alfred DuPont, an heir of the DuPont chemical fortune. This mill, shown in 1954, was opened in Port St. Joe in 1938 to produce paper products made from the timber of the many acres of forest owned by the company. Although known as a paper company, St. Joeגs holdings grew to include significant interests in railroads, timber, sugar and banks. A publicly held company based in Jacksonville, JOE is now one of Florida's largest real estate development companies. 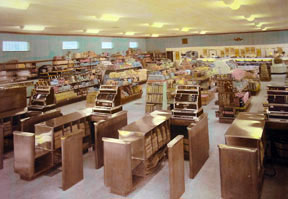 The first Publix Super Market was also the first super market in the United States to be completely air conditioned and entered through electric-eye doors. Built by its founder, George W. Jenkins mortgaged an orange grove he had acquired during the Depression for a down payment on his dream store, Winter Haven 1940. 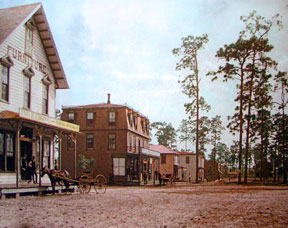 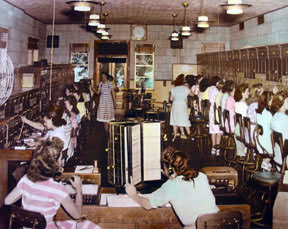 A southeastern Telephone Company traffic operating room as seen in 1949, with long-distance switchboards on the left and local lines on the right. The first telephone exchange opened in Tallahassee in 1896 with 65 subscribers. Operators had to be unmarried women between the ages of 17 and 26, and able to reach the top of the switchboard. 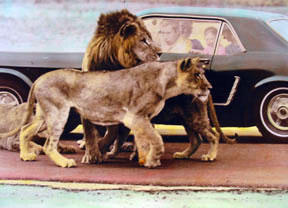 Lion Country Safari opened in 1967 in western Palm Beach County. At the time, it was the first drive-through park in the country and introduced the concept of גThe Cageless Zoo.ג Today, Lion Country Safari is home to over 900 animals including lions, white rhino, chimpanzees, zebra and giraffe. 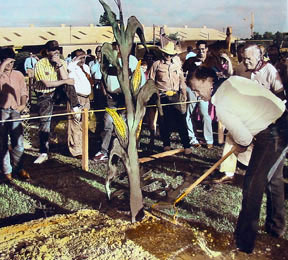 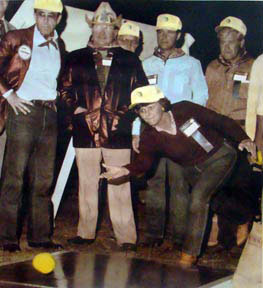 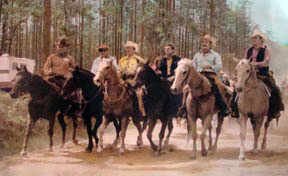 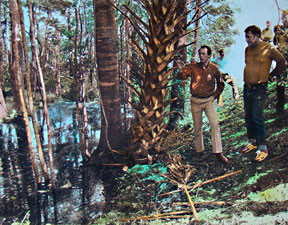 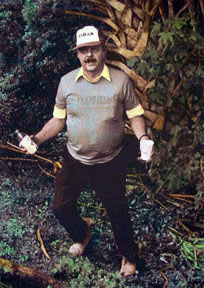 Senator Warren Henderson (R-Sarasota, Former Rep.) participated in an Everglades Clean-Up. Henderson began seeking legislation related to a host of environmental issues after his election in 1963. The Warren S. Henderson Wetlands Protection Act of 1984 was named in his honor. The legislation has stemmed the loss of wetland acreage through drainage, construction, grazing, forestry and mining. 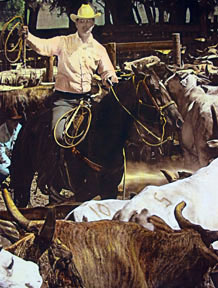 Commissioner of Agriculture Charlie Bronson was the latest member of this old Florida ranching family to serve in the Legislature. He was in the Senate (R-Satellite Beach) while his cousin Representative Irlo גBudג Bronson, Jr. (D- later R-Kissimmee) was in the House. Senator Irlo Bronson, Sr. (D-Osceola) served in both chambers.