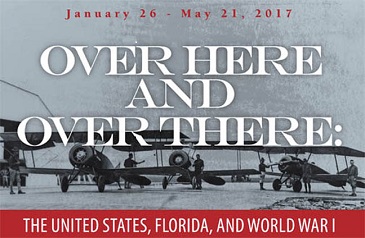 To mark the 100th anniversary of the United States entry into World War I, the Florida Historic Capitol Museum is pleased to host Over Here and Over There: The United States, Florida, and World War I. The exhibit will feature two photographic exhibits from the National Archives Traveling Exhibit Service, as well as numerous images and artifacts related to Florida’s participation in WWI.

The National Archives exhibit Over Here and Over There depicts WWI from the twin perspectives of those on the home front and those at war. The exhibit will be hosted in two parts. Over Here: Americans at Home in World War I will be on display January 26 to March 16. It consists of 40 images capturing the home front wartime experience, including patriotic rallies, draft riots, military training, suffrage protests, bond drives, and more. Over There: Americans Abroad in World War I will be on display April 6 to May 21. The Great War is brought to life in 40 photographs depicting battle fronts, behind the lines scenes, and the warגs end.

Throughout the run of both exhibits and in the interim, the Museum will highlight Florida’s role in the Great War. Using artifacts, photographs, and interpretive panels, the exhibit will explore the part Floridians played in the war effort. The exhibit will also include “Naval Air Station of Florida,” a childrenגs area that gives young visitor the chance to camouflage ships, build biplanes, and write a letter to our troops. Throughout the run of the exhibit there will be a number of WWI related programs, including a World War I Trivia Night and a Lunch and Learn discussion of the Red Cross during World War I.

Free Admission: Donations are accepted and 100% is used to support education, exhibits, and volunteer programs. 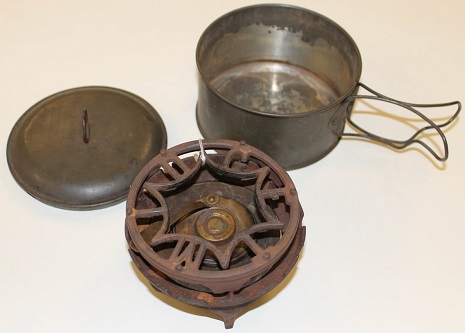 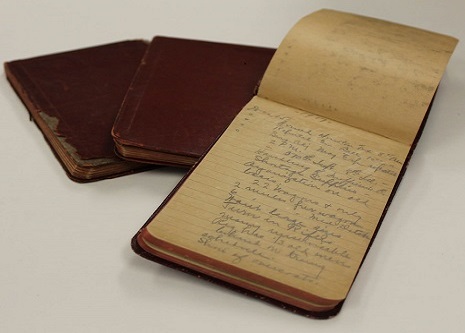 Julia F. Irwin, author of Making the World Safe: The American Red Cross and a Nationגs Humanitarian Awakening. Her presentation will focus on the importance of the Red Cross during World War I. Visitors will have the opportunity to explore the exhibit and complimentary drinks and hors d’oeuvres will be served. Program begins at 6:00 p.m. Please RSVP at https://wwijan26.eventbrite.com.

Enjoy wine and cheese and a special, semi-private guided tour of the restored Historic Capitol. Attendees will view the exhibit and learn interesting facts behind the photographs and artifacts. Reservations are required as space is limited. Please sign up at https://wwifeb16.eventbrite.com.


Test your knowledge of Florida role in The Great War with an exciting evening of WWI themed trivia in our beautiful, historic building. Guests will enjoy drinks and hors d’oeuvres, and prizes will be awarded at the end of the night. Register your team by calling (850) 487-1902. Registration fee is $20 per team, maximum members per team is 4. Advance registration is required. Donגt have a team or just want to watch the action? Individual entry is $5.

To commemorate the 100th anniversary of U.S. entry into World War I, Michelle Sunset, Exhibits Manager at the Florida Historic Capitol Museum, and Kathryn Palmer, Archives Historian for the State Archives of Florida, discuss notable Florida collections and resources related to World War I. Bring your own lunch or purchase one. Please reserve your spot and let us know if you would like a lunch by signing up at up at https://wwiapr6.eventbrite.com.