Visit Paradise: Stories of Weeki Wachee and the Mermaids 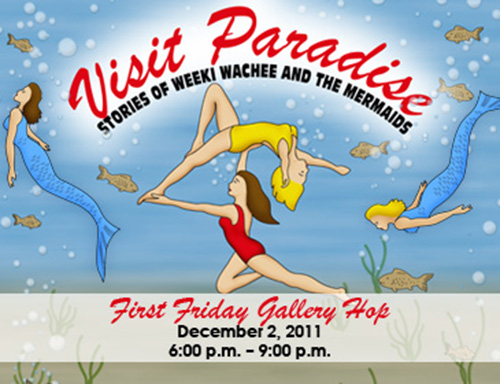 Have you ever wondered about the life of a Weeki Wachee mermaid? Local author Lu Vickers, one of the winners of the 2011 Florida Book Awards co-sponsored by The Florida Humanities Council, will present the amazing story of one of Florida's oldest roadside attractions. With her charming style of storytelling, she will describe the exotic crystal clear spring where mythical mermaids and mermen dwelled in the deep as she shares excerpts from her book Weeki Wachee, City of Mermaids, which she will also sign. Visitors will also be charmed by three of the original Weeki Wachee mermaids, as they share their personal stories of life underwater as they entertained thousands of tourists hungry for a taste of the real Florida dream.

For more than sixty years, the mermaids of Weeki Wachee have performed underwater for countless tourists and film crews. Following World War II, Florida tourism was booming and the appeal of the roadside attraction offering crystal clear waters and alluring mermaids put this tiny town on the map as a must-see destination. Newt Perry had been the manager of the Wakulla Springs Lodge since 1941, and in 1946 he helped to develop and manage Weeki Wachee Spring, which first opened on October 12, 1947, and became the exotic fantasyland promoted as a city underwater where mermaids performed the normal activities of daily life such as making coffee, eating fruit and primping before a mirror. They also performed ballet, and after ABC bought the attraction in 1959, began performing musicals, such as Alice in Waterland. The mermaids went through extensive underwater training in order to perform these amazing stunts in what appeared to be effortless fashion.

Lu Vickers was charmed by the image of mermaids as a child when she first got a glimpse of a faded billboard advertising Weeki Wachee Spring. As she sped down the Gulf Coast Highway on summer vacation with her family in their Ford Fairlane, she could only envision the life of a mermaid. Years later, as that childhood memory bubbled up to the surface and tugged her imagination, she returned to Weeki Wachee to meet the real mermaids themselves. Vicker's delightful prose weaves the remarkable tale of Weeki Wachee's history and its beautiful mermaids.

We hope you will join us for this exciting evening with Lu Vickers and original Weeki Wachee mermaids. This event serves as the Closing Party for the temporary exhibit on Florida tourism, Remembering Paradise: Souvenirs of Historic Florida Attractions. The event is part of the First Friday Gallery Hop and Trolley Run. Music will be provided by The Bothys, a local folk group performing traditional and contemporary Celtic tunes. Refreshments will be provided.

Funding for this program was provided in part through an award from the Florida Humanities Council with funds from the Florida Department of State, Division of Cultural Affairs. Visit www.flahum.org to learn more.

The Florida Historic Capitol Foundation, as the Direct Support Organization for the Museum, extends its deepest appreciation to the following Partners for their support and efforts in making this event possible. 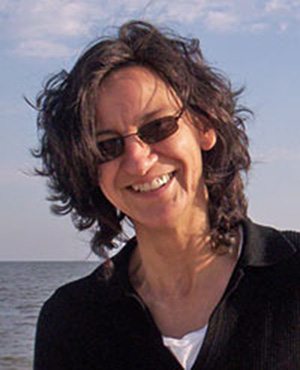 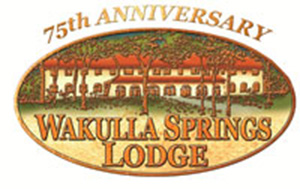 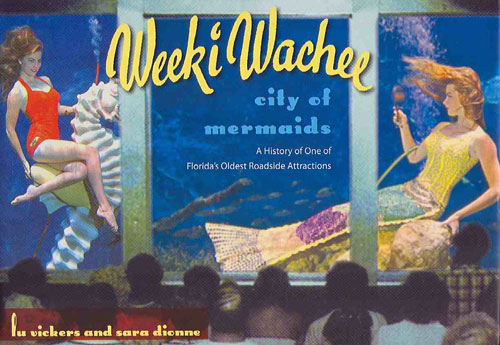 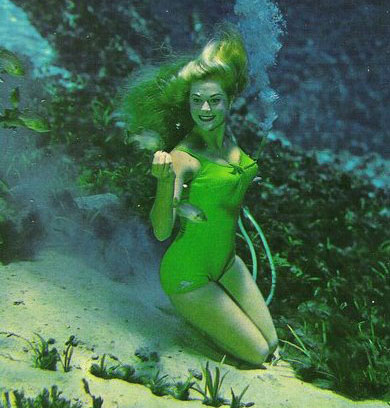 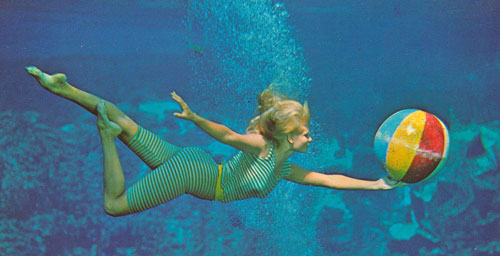 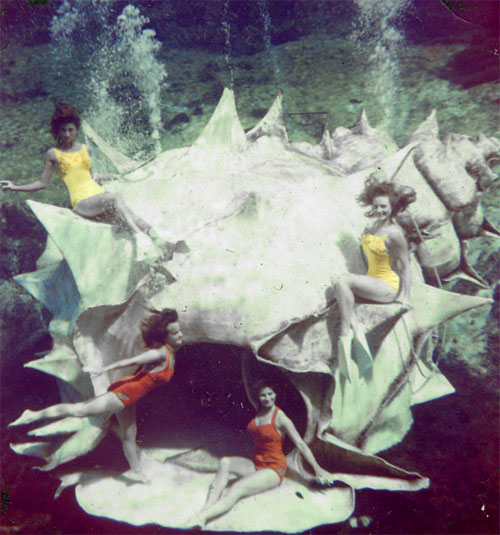 The Weeki Wachee mermaids pose on the Queen conch shell, which also served as an airlock. 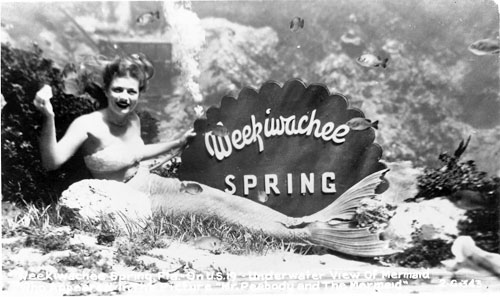 Nancy Tribble Benda shows off the tail she wore in the movie Mr. Peabody and the Mermaid.
Photo by Ted Lagerberg.

Nancy Tribble Benda and Sis Myers grace the cover of an early brochure, ca. 1947.
By permission of Lu Vickers. 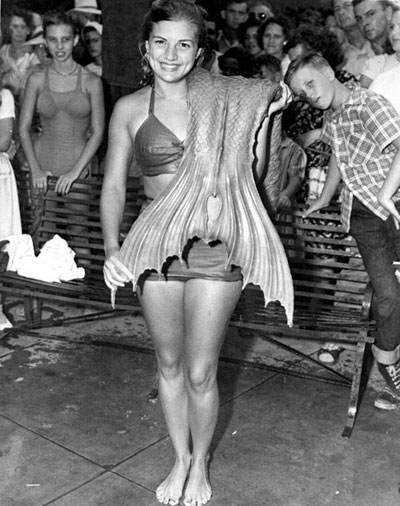 Nancy Tribble Benda carries the tail she wore in Mr. Peabody and the Mermaid, 1948.
Courtesy of the Florida State Archives. 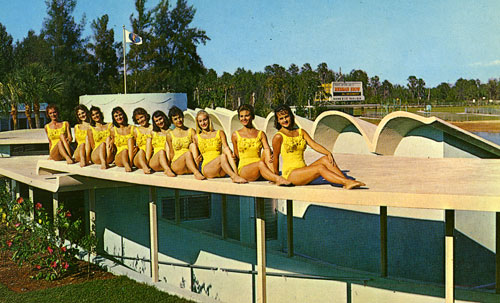 The Weeki Wachee mermaids pose on the clamshell roof of the million dollar theater that ABC built in 1960. 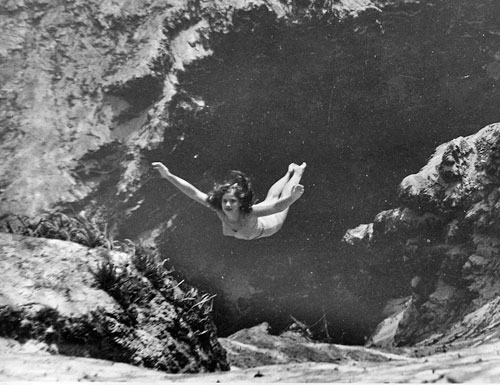 Female swimmer deep in the spring.